Summer Excursions to our National Parks 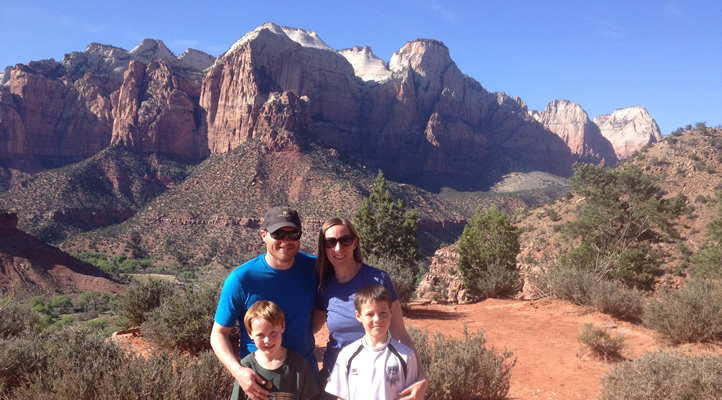 Thinking of taking a family vacation away from Wilmington this summer? Officially established in 1916, the creation of the U.S. National Park Service was largely due to the shared vision of industrialist, conservationist, Stephen Mather and President Teddy Roosevelt. There are 59 national parks in all and they exist to preserve and protect some of the country's most spectacular wildlife and landscapes. The parks of the western region are likely the most awe-inspiring. If you have never visited one of these majestic sites, please include it on your "Summertime To-Do" list. Here are three worth considering:

2. Arches National Park - This Utah treasure is known for its unique geological configurations. There are stone columns, spires, and towers. However, the park boasts over 1,500 natural arches, which is how it got its name. No other site in the world has more of these amazing natural formations. They were likely formed close to 300 million years ago. Geologists concur that an underground salt bed shaped them, after a sea, which once covered the vast area, dried up. The park's must-see arch is known as Landscape Arch and has an impressive width of over 300 feet.

3. Zion National Park - Another incredible marvel located in Utah, this park is an absolute haven for aspiring botanists in spring and early summer. That is when park visitors can see masses of scarlet monkey flower, western columbine, and numerous varieties of ferns. Zion also has a sizeable natural arch. Considered by many to be the star attraction, at 287 feet wide, Zion's Kolob Arch is quite imposing. There are also tremendous cliff walls that tower over the park's canyons, streams, and trails. From certain vantage points along Zion's Virginia River, the stunning red Navajo Sandstone structures stand 2000 feet high.

Learn more about the National Park System and all 59 of these natural wonderlands.